About Us
—
Simon Element, an imprint of Simon & Schuster founded in 2021, publishes books addressing topics that are foundational to how we live—from the meals we eat to the relationships we nurture, the households we manage, and the personal and professional goals we set and strive to achieve.

Simon Element books provide information, advice, and inspiration in visually dynamic forms from authorities with original ideas and deep expertise to guide readers on their path through life.
No items found. 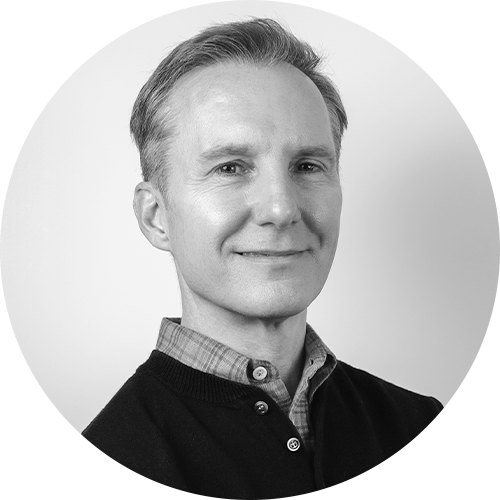 Richard Rhorer launched the Simon Element imprint in 2021. Prior to assuming his current position, Richard was the deputy publisher of the Simon & Schuster imprint for ten years. During his time at Simon & Schuster, he orchestrated the publication strategy and marketing campaigns for dozens of books that topped bestseller lists, including modern classics in the lifestyle and prescriptive nonfiction categories such as Salt, Fat, Acid, Heat by Samin Nosrat, Think Like a Monkby Jay Shetty, Come as You Are by Emily Nagoski, Keep Sharp by Sanjay Gupta, Contagious by Jonah Berger, Elements of Style by Erin Gates, and many others. In addition, Richard also developed and launched the top-rated, award-winning podcasts Mobituaries with Mo Rocca and Unsung Sciencewith David Pogue in partnership with CBS News. He also created and launched the History in Five digital platform and video series. Prior to joining Simon & Schuster, Richard held a series of sales, marketing, and digital business development positions with HarperCollins and Macmillan. Highlights from these years include everything from bestsellers by Rick Atkinson and Noam Chomsky to the launch of the Quick and Dirty Tips podcast network, which quickly amassed tens of millions of downloads of shows like Grammar Girl and Nutrition Diva. 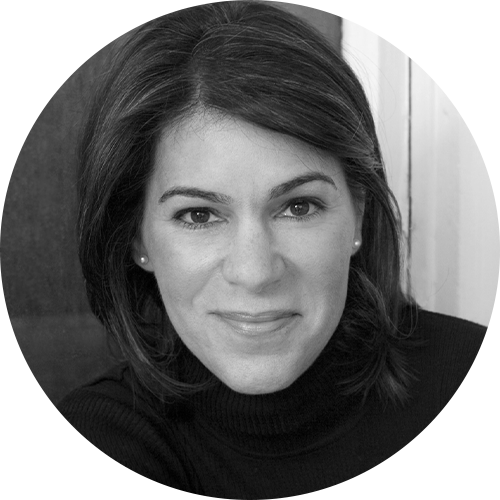 Doris Cooper was named vice president and editor in chief in 2021. Prior to joining Simon Element, she was editor in chief of Clarkson Potter. She oversaw a lifestyle list that included #1 New York Times bestsellers by Ina Garten; Chrissy Teigen; Gina Homolka, whose Skinnytaste books have grown into a multimillion-copy franchise; and Trisha Yearwood, as well as bestsellers such as Jubilee by Toni Tipton-Martin, Dessert Person by Claire Saffitz, Styled by Emily Henderson, and The Home Edit by Clea Shearer and Joanna Teplin. Among the bestsellers Doris has edited are Dinner by Melissa Clark, Nothing Fancy by Alison Roman, and the James Beard Award–winning Where Cooking Begins by Carla Lalli Music. At Clarkson Potter, Doris, along with the design, production, and sales departments, rejuvenated the imprint’s gift program, which published the million-copy Q&A a Day series; Choose Kind Journal, a companion to Wonder by R. J. Palacio; and Michelle Obama’s Becoming journal, as well as stationery, jigsaw puzzles, and decks by leading authors and debut artists alike. As a senior editor at William Morrow and later at Touchstone/Fireside, Doris worked with Nikki Giovanni, bell hooks, the New York City Ballet, and the Boston Women’s Health Book Collective. Her first publishing job was as an intern at Farrar, Straus and Giroux. 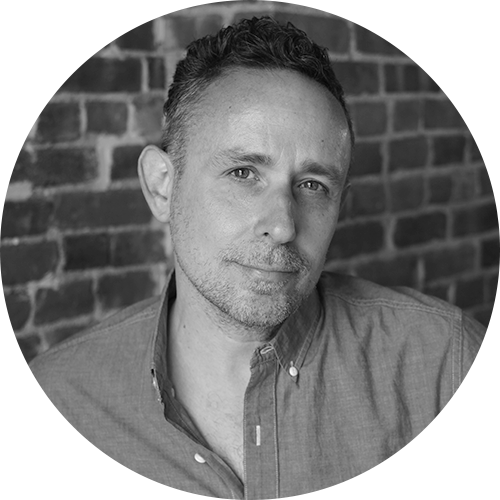 Justin Schwartz joined Simon & Schuster in 2020 as vice president and executive editor. Justin’s publishing career spans thirty years, and his acquisitions include all-time bestsellers such as The Whole30, which spent 116 weeks on the New York Times bestseller list, and How to Cook Everything by Mark Bittman. He has published books by celebrity chefs such as Marc Forgione and Dominique Crenn; television personalities including Drew and Jonathan Scott of Property Brothers; and blogging and social media superstars including New York Times bestsellers Binging with Babish by Andrew Rea and The Defined Dish by Alex Snodgrass. At the Simon Element imprint, Justin continues to enthusiastically publish in the lifestyle category with a focus on books that better lives and that are best portrayed through photography and other visually driven formats. Upcoming publications include The Modern Proper by Holly Erikson and Natalie Mortimer; Somebody Feed Phil the Book by Phil Rosenthal, host of Somebody Feed Phil on Netflix; Preppy Kitchen by John Kanell; and An American in Provence by Jamie Beck. 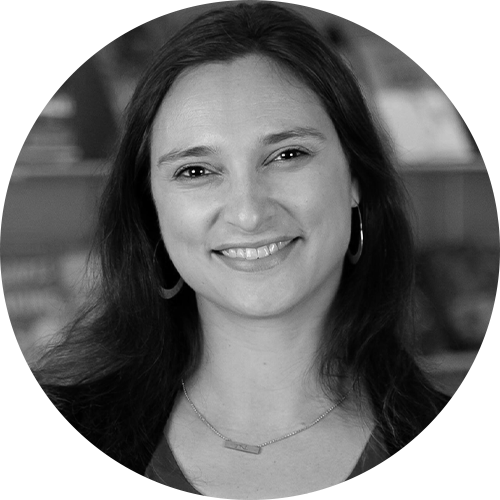 Leah Miller is a founding member of the Simon Element team. She began her editorial career at Free Press, and has worked at Atria, Harmony Books, Rodale Books, and Grand Central Publishing. Leah specializes in practical and narrative nonfiction that inspires, informs, and empowers readers to create change in their lives. She has edited and published award-winning and bestselling prescriptive and narrative nonfiction throughout her career, including books by Bill Nye, Vishen Lakhiani, Pedram Shojai, Dr. William Li, Joanne Huist Smith, Mira Bartók, Julia Scheeres, and many others. A graduate of Johns Hopkins, she lives in Westchester with her husband and two children. 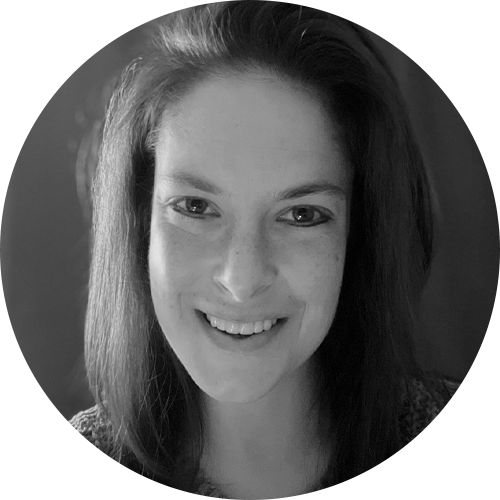 Veronica (Ronnie) Alvarado joined Simon & Schuster in 2019 as an associate editor. A graduate of Wesleyan University and the Columbia Publishing Course, Ronnie previously worked at Skyhorse Publishing, where she edited a variety of commercial nonfiction titles. At Simon Element, she acquires in the areas of personal development, relationships, behavioral science, lifestyle, health, and wellness, and strives to publish authors from a variety of backgrounds who bring distinct viewpoints and unique experiences to their work. Recent and upcoming titles on her list include Fitness for Every Body by Meg Boggs, The Anxiety Healer’s Guide by Alison Seponara, and The Mom Friend Guide to Everyday Safety and Security by Cathy Pedrayes. 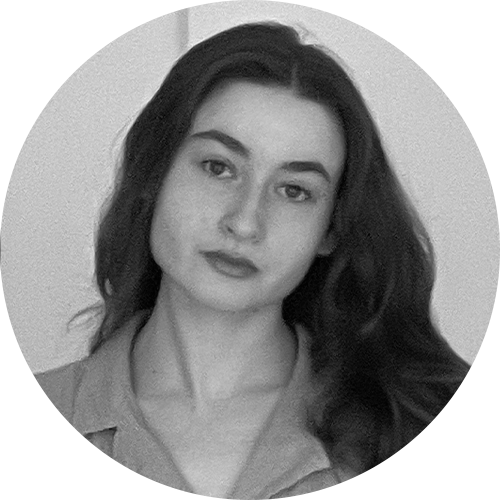 Emma Taussig joined Simon Element in 2021 as an editorial assistant to Leah Miller and Justin Schwartz. She graduated over Zoom from Smith College in June 2020, after which she worked as a stay-at-home daughter in Minneapolis. Her degrees in sociology and French studies were not put to very good use during this time, though she did find a number of virtual freelance jobs, from setting up social media accounts for a designer shoe distributor to transcribing interviews for a free jazz musician. She is drawn to books on cuisine, sexuality, and lifestyle. 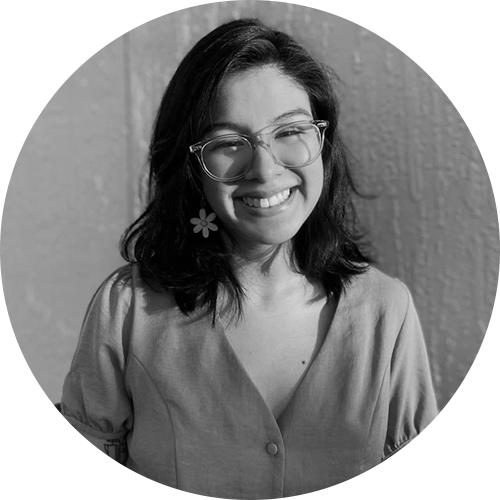 Martha Paz-Soldan joined Simon Element in 2022 as an assistant to Justin Schwartz and Leah Trouwborst. She graduated from the University of Florida with a BA in English and a BS in public relations. Her first job out of college was at a communications agency working multicultural PR on food and spirits brands. In her spare time, she writes poetry and enjoys watching movies, always with the subtitles on. She is interested in lifestyle books, books on cooking and visual art, and memoirs. 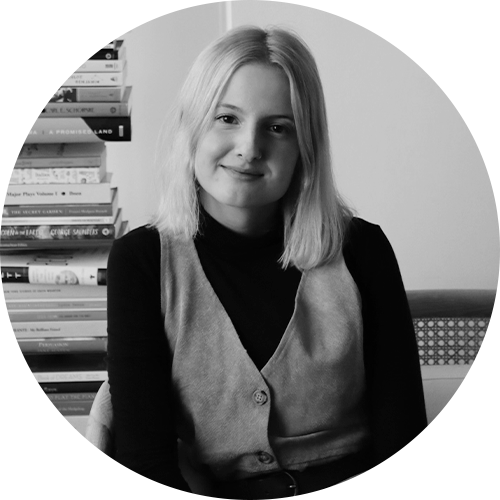 Katie McClimon joined Simon Element in 2022 as an editorial assistant to Richard Rhorer and Doris Cooper. She graduated from Wesleyan University in 2020 with a degree in English and psychology. Prior to joining Simon Element, she worked as a publishing assistant at powerHouse Books, and previously held internships at Dystel, Goderich & Bourret LLC Literary Agency and New York City Center. Having also worked in a wine store, she is drawn to books on wine and spirits, as well as cooking, psychology and wellness, and design. 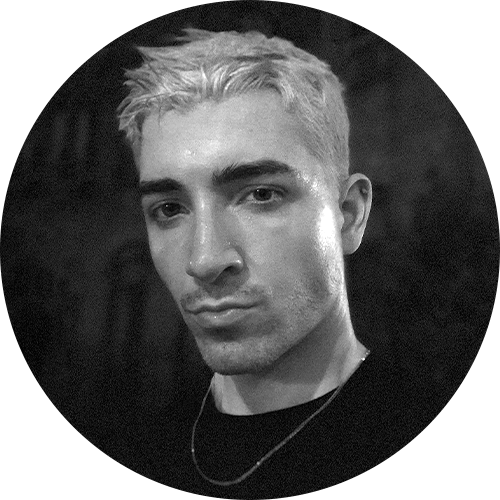 Patrick Sullivan joined Simon Element at its launch in 2021 as art director. Prior to that, he was the art director at Tiller Press, another nonfiction Simon & Schuster imprint. Before returning full-time to the world of publishing, he was vice president and creative director for the Araca Group, a multimedia agency that designed for everyone from Ozzy Osbourne to Beyoncé. 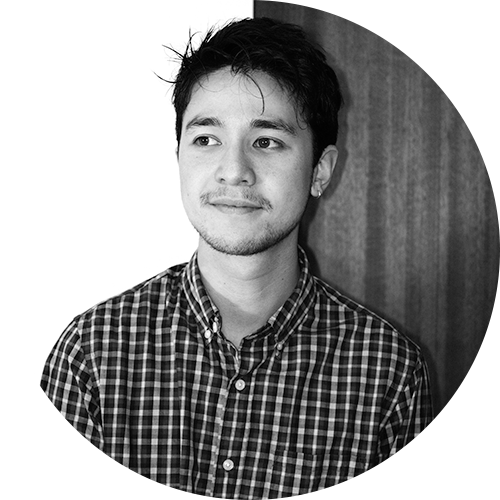 Greta Huang Skagerlind joined Simon Element as a designer in November 2021. Prior to working in publishing, he was a senior designer at the Philadelphia Museum of Art. In his free time, he enjoys reading fiction and poetry. Greta holds a BFA in graphic design and a minor in literary arts & studies from the Rhode Island School of Design. 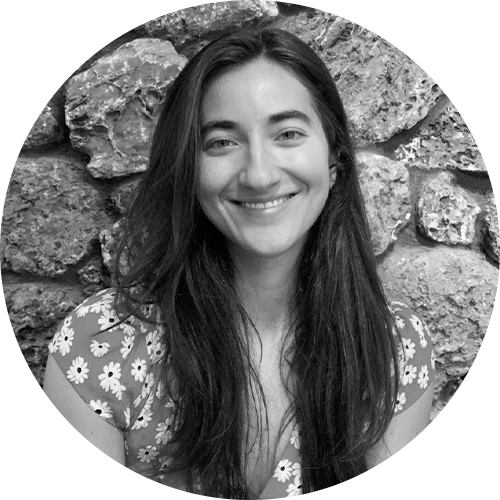 Ingrid Carabulea joined Simon Element in October 2021 as a marketing assistant. She’s a graduate of the University of Southern California and previously interned at Writers House and W. W. Norton & Company. She assists the Simon Element marketing team with building strategic campaigns across titles. 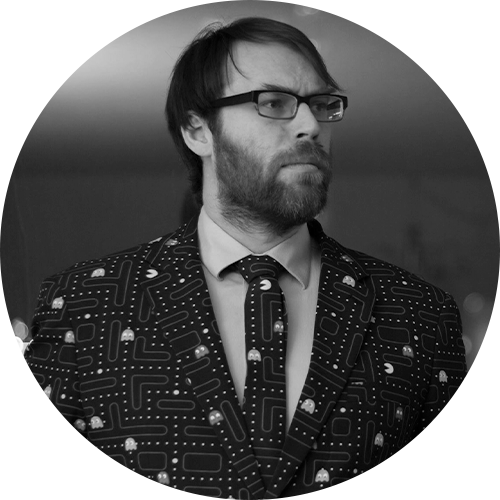 Michael Andersen joined Simon & Schuster in 2018 to help start the company’s cultural intelligence team. He was previously a vice president and director of strategy & analytics for Digitas Health. Before that, he taught advertising courses at Villanova University as an adjunct professor, helped launch Wired.com’s Decode blog, and was admitted to the Pennsylvania Bar. Michael writes about alternate reality games, escape rooms, puzzle hunts, and other forms of immersive entertainment for ARGN.com. At Simon & Schuster, Michael leverages data to assist authors and Simon Element colleagues in identifying opportunities that will connect our books with the right audiences at the right times.

Jessica Preeg joined Simon Element in 2021 as the deputy director of publicity. Prior to joining the team, Jessica was the assistant director of publicity at St. Martin’s Press, working across genres with house authors including Nora Roberts, Rainbow Rowell, and Katherine Center. She also worked on a variety of lifestyle and culinary campaigns, including Food for Life by Laila Ali, The Bikini Body 28-Day Healthy Eating & Lifestyle Guide by Kayla Itsines, The Cuban Table: A Celebration of Food, Flavors, and History by Ana Sofía Peláez, and The Blue Bloods Cookbook by Bridget Moynahan and Wendy Howard Goldberg. Most recently, Jessica was at Amazon Publishing, where she led publicity for Amazon Original Stories. At Simon Element, Jessica oversees and executes national publicity campaigns, working to secure significant media coverage and awareness across all titles. 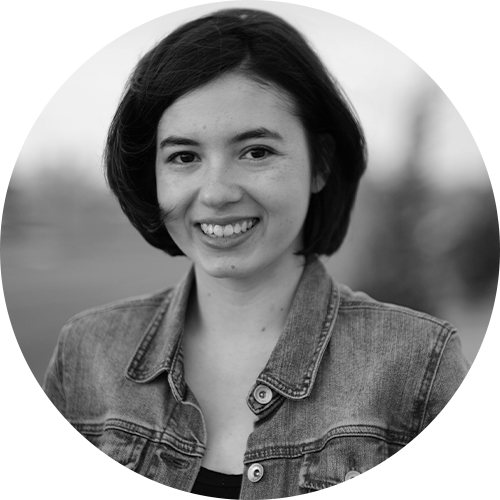 Zoë Miller joined Simon Element in June 2022 as a publicist. She comes to Simon & Schuster from Other Press, where she worked on campaigns for award-winning international titles such as The Last One by Fatima Daas, which was shortlisted for the PEN Translation Prize. A graduate of Barnard College and the Columbia Publishing Course, Zoë interned at Workman Publishing in the publicity and marketing department. With a background in media and journalism, she has also written for the Philadelphia Inquirer, Insider, and Bankrate.com, among other outlets. 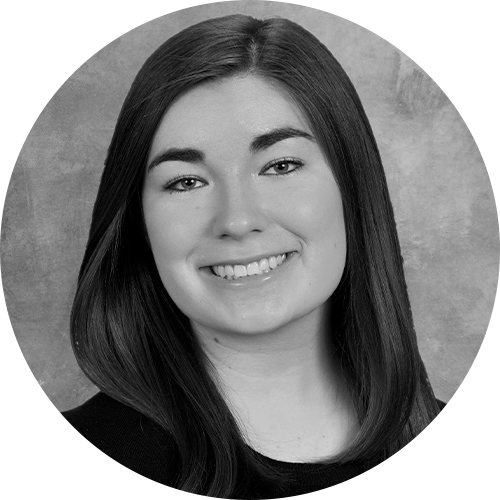 Nan Rittenhouse joined Simon & Schuster in December 2020 as a publicity assistant. On the Simon Element team, she works closely with Deputy Director of Publicity Jessica Preeg. Prior to joining Simon & Schuster, she interned at Hachette Book Group, Macmillan, PEN America, and the Book Report Network. At Fordham University, Nan majored in English literature and minored in marketing, and she assisted on academic research on the history of book publishing. 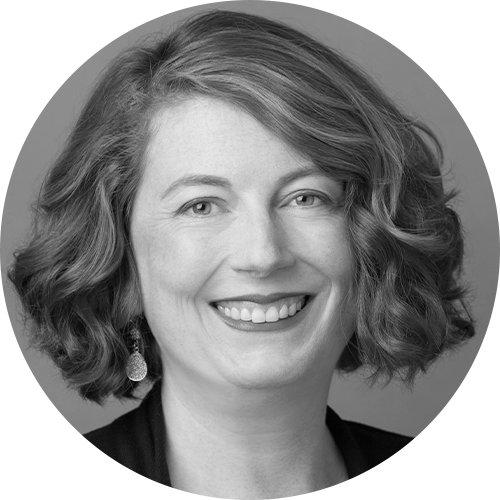 Nicole Bond joined Simon & Schuster as vice president and director of subsidiary rights in May 2019 and is the rights director for Atria and Simon Element. She has worked in the rights departments of the Hachette Book Group and the Random House Publishing Group, and has handled the rights for authors such as Thomas Harris, Admiral William H. McRaven, Douglas Preston, Lincoln Child, Gwyneth Paltrow, and Senator Edward M. Kennedy. A graduate of Barnard College, she started her career as a literary scout with Maria B. Campbell Associates. 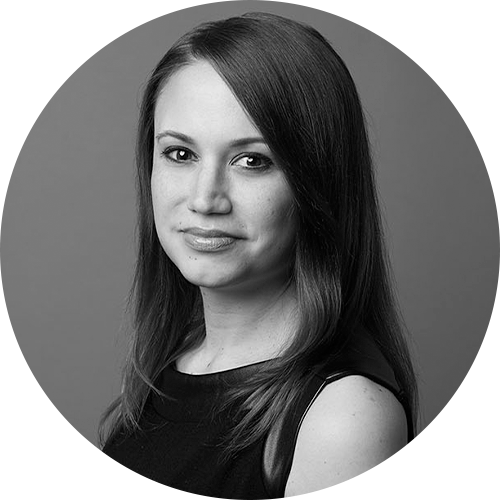 Sara Bowne joined Simon & Schuster in 2014. She works with Nicole Bond and concentrates on licensing domestic rights for all Atria and Simon Element titles. She holds a BA in English from CUNY Queens College and a certificate in book publishing from NYU SCPS. 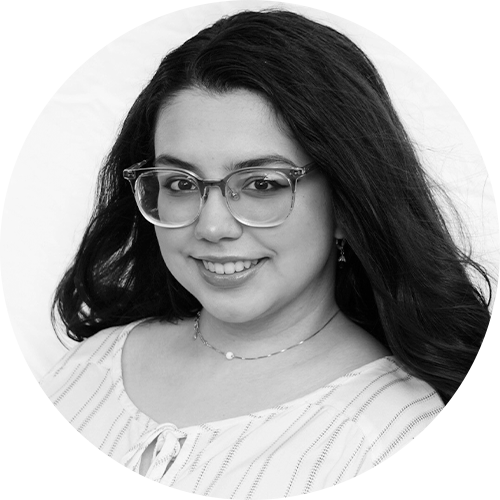 Rebecca Justiniano joined Simon & Schuster in November 2021 as a subsidiary rights assistant for Atria Books and Simon Element. Before supporting Nicole Bond, Rebecca held a marketing internship with the independent publisher Hannacroix Creek Books, Inc., whose publications include a wide range of YA and children’s illustrated books, and was a bookkeeper for Abrams Fensterman, LLP. She earned a BA in creative writing from Adelphi University and a certificate in book publishing from the Columbia Publishing Course.